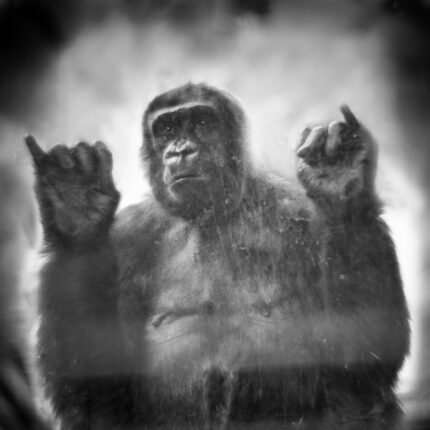 Exploring the Intimate and Evocative Primate Photography of Anne Berry

In a world of millions of photographs, we are inundated by images daily, and most people scroll by with little acknowledgement except click, like… click, like. But some photographs deserve more; they demand a long, slow look to really see their beauty and deeply appreciate their meaning.

In our latest episode of Talking Apes Podcast, we talked with photographer Anne berry about her book Behind Glass  – a collection of thought provoking primate portraits taken in European zoos – designed to generate empathy for primates and inspire us to protect them.

Keep scrolling to see Anne’s photos from our conversation. 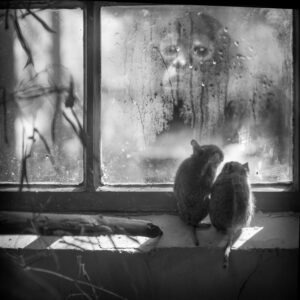 “Behind Glass is not only a beautiful series of photographs of primates, it is a poignant portrait of an endangered species, an intimidate collection of human-like expressions captured by Anne Berry.” — PHOTO.com Magazine

As we spoke, what touched me most was Anne’s very personal relationship with each image. While that sounds obvious, photographers – you would assume – are reflecting themselves in every image they create. But the personal primate pictures say as much about Anne Berry’s inner-species connection with the monkeys and apes as they do her artistry.

Many European zoos, especially in Germany and the Netherlands, are in little towns, she explained. In our conversation, Anne said she liked to go during the week days, “They’re not crowded. I’d go and sit there and it’d be only me in the monkey house.” That private personal time is reflected in the portraiture from Behind Glass. With a single image staring out at the viewer from each of the book’s spreads, the layout and design reinforces our need to contemplate each image before turning the page.

“There are the facial expressions conveying wistfulness and contemplative loneliness that Anne Berry has captured in these remarkable photographs.” — writer Jerry Collum

Behind Glass is not wildlife photography. It’s primate portraiture. Primates in captivity have long been the only opportunity the majority of people in the world have to see monkeys and apes, and with 8 billion humans now on our planet it will certainly be the only way. Is it right? Should sentient beings be kept in captivity? We’ll discuss that in another Talking Apes podcast. What is certain, is that their wild forest homes are being destroyed at an alarming pace.

Like many, Berry has mixed feelings about zoos. Her hope is  that the connection the viewer will make through her portraits will inspire questions to be asked, and those questions will lead to involvement to save those primates still wild, before it’s too late.

Listen to the full episode HERE.

Anne Berry is an artist from Atlanta, Georgia. Her photographs investigate the animal world, the domain of childhood, and the terrain of the Southern wilderness. She also explores themes and metaphors from literature. In 2013 and 2014 Critical Mass included her work in their Top 50 Portfolios. Anne has exhibited nationally and internationally, including The Fox Talbot Museum in Lacock, England, SCAN Tarragona in Spain, The Museum of Photographic Arts in San Diego, and the Ogden Museum of Southern Arts in New Orleans. Books include Through Glass (North Light Press, 2014) Primates (21st Editions, 2017), and Behind Glass, expected fall 2021. Anne’s work is featured in National Geographic Proof, Feature Shoot, Hufffington Post, and Lens Culture, among others. Her work is in many permanent collections, including the National Gallery of Art. Anne lives in Newnan, GA and is represented by the Catherine Couturier Gallery in Houston. (biography via Lensculture)

We'd love to have you join our conversations on social media. 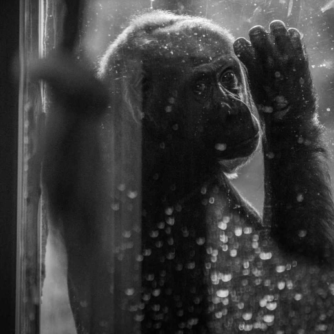 ‘There shouldn’t be laws that condone and protect extreme violence against billions of animals every day.’ Our Discussion with Jo-Anne McArthur 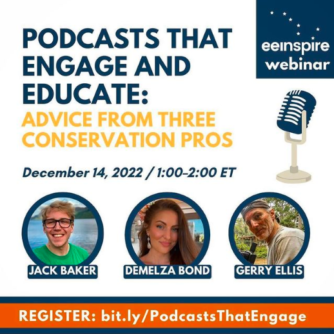 Talking Apes Teams up with the NAAEE for Educational Webinar 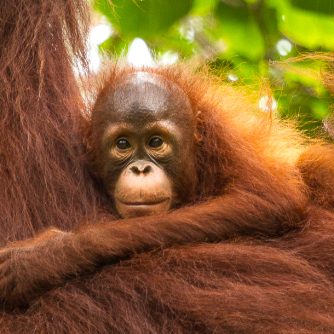